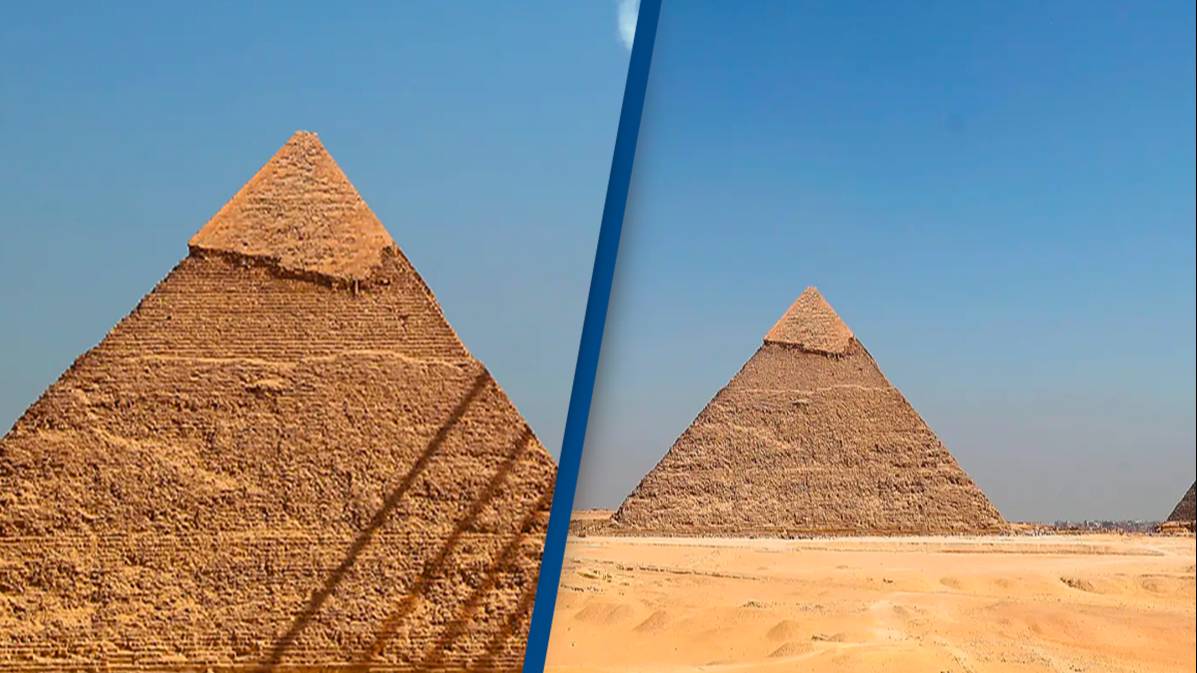 One of the seven wonders of the world are the pyramids of ancient Egypt, and now scientists think they may have worked out how they were built.

It was all thanks to a painting and the outside-of-the-box thinking of physicists including Daniel Bonn, who worked out that water was used to move the heavy pyramid stones and statues.

Bonn and other physicists at the University of Amsterdam decided to see if there was any logic behind the building technique shown in a wall painting in the tomb of Djehutihotep.

The painting – which dates all the way back to around 1900 BC – depicts 172 men moving a statue with ropes attached to a sledge.

In front of the sledge, water is being poured over the sand, and with this in mind, the physicists decided to see how water affected the movement of objects in sand.

They did this on a miniature level and discovered that if the sand was dry, it would form clumps that made moving objects more difficult.

However, the right amount of water prevented this from happening.

Prior to this discovery, it was thought that the pouring of the water in the painting was a purely ceremonial act, rather than a key part of the construction process.

Bonn told Live Science: “If you use dry sand, it won’t work as well, but if the sand is too wet, it won’t work either. There’s an optimum stiffness.”

The findings seemingly put to bed endless speculation about how the pyramids were made – at one point, some even speculated that it was the work of aliens.

According to the research, ‘sliding friction on sand is greatly reduced by the addition of some – but not that much – water’.

This was so remarkably simple that even the physicists admitted that the discovery, which was published in Physical Review Letters, took them by surprise.

“I was very surprised by the amount the pulling force could be reduced – by as much as 50 percent – meaning that the Egyptians needed only half the men to pull over wet sand as compared to dry,” Bonn told The Washington Post in another interview .

“In the presence of the correct quantity of water, wet desert sand is about twice as stiff as dry sand,” the university said.

“A sledge glides far more easily over firm desert sand simply because the sand does not pile up in front of the sledge as it does in the case of dry sand.”